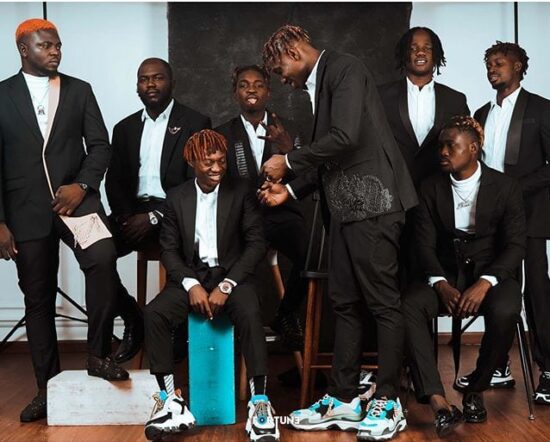 Zlatan Reveals Why He Signed Close Friends To His Label

After an amazing 2019, Zlatan launched his own record label, Zanku records which is making its way to be one of the prominent labels in the country.

It currently houses artistes like Papisnoop, Oberz & Jamopyper who are all said to be his close friends before fortune and fame.

In a recent interview with a media platform, he spoke about why he signed only friends to the record label.

According to him, he can’t be the only consuming their awesome talents. He further revealed that they are like family to him and he couldn’t resist the urge to showcase their talents to the world. He urged fans to watch out for their projects because they are coming to storm the Nigerian music scene.

Why Nigerians Are Still Attached To “Godwin” – Korede Bello