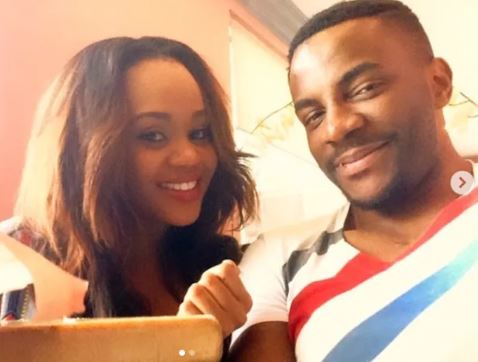 Media personality Ebuka Obi-Uchendu is arguably one of the most handsome and stylish celebrities in the entertainement industry.

While the dashing ‘TV host, who is currently hosting reality TV show, Big Brother Naija, looks great in some of the trendy outfts he has been donning on stage, his wife Cynthia openly confessed that he even looks better naked.

A Twitter user had complimented Ebuka stating that the TV host is the” best dressed Nigerian celebrity.

Clothes sit perfectly on him and that he looks lovely in everything.

‘ Cynthia responded stating that her husband

”also looks amazing when he isn’t wearing anything”

The mother of two thereafter slammed a Twitter user who seemed to have a problem with her complimenting her husband.

Ebuka’s wife is losing it” because I complimented my own husband. People are miserable sha” she wrote. 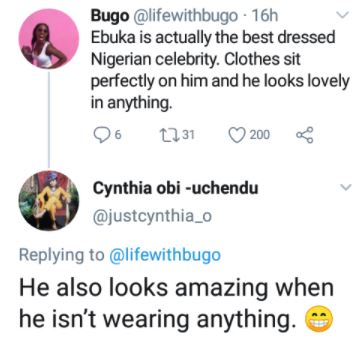 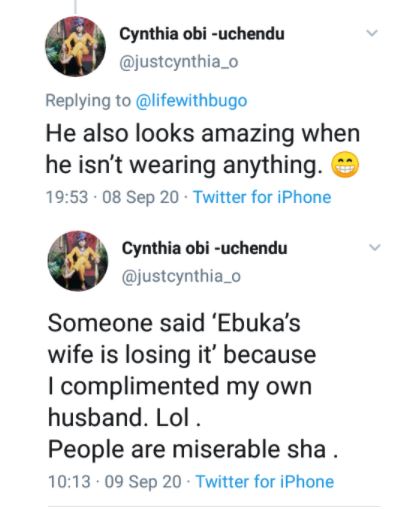 Nigerians Are Poorer Than Ever – Osinbajo Laments Bitterly